A Rabelo is a traditional Portuguese cargo boat originally used to transport the barrels of Porto wine from the wine cellars in Vila Nova de Gaia to Porto. Nowadays, the boats are used as sightseeing cruises that sail down the Douro River and offer a different perspective of Porto.

The Rabelo cruises depart from Ribeira and cross under all the city’s bridges until the river mouth into the Atlantic Ocean. These river cruises are nicknamed six bridge cruises.

Rabelos offer an amazing 360º degree panoramic view of the river, of the city’s bridges, and the waterfront buildings. It also offers an amazing view of Gaia and its wine cellars. 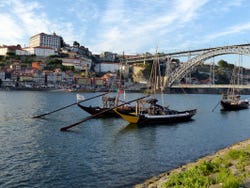 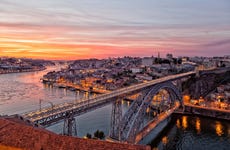