Explore the historic centre of Porto with this entertaining segway tour. A light-hearted and different way of getting to know the history of the city that flows from the Douro River! 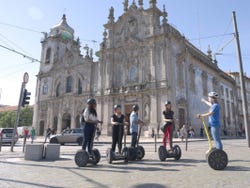 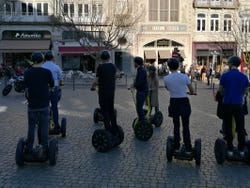 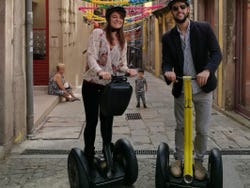 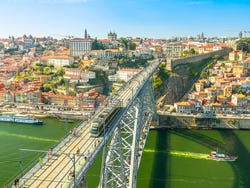 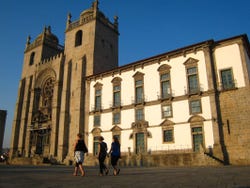 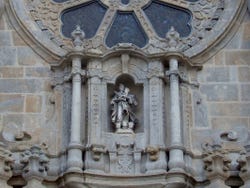 We'll meet at the chosen time at Rua Alexandre Herculano. After a brief initial training where we'll learn to steer the segways, we'll start the tour of Porto. Ready? The city centre awaits!

We'll start the journey admiring the characteristic Don Luis I bridge. Do you know how the impressive walkway over the Douro River was constructed? We'll continue the tour climbing up to the Porto Cathedral square, whose origin dates back to the 12th century. Its exterior architecture looks like an Art History journal as it combines romanesque, gothic and baroque elements.

Throughout the segway tour we'll also be introduced to some peculiar facts about Porto's famous azulejo tiles. We'll see the peculiar decorative system in symbolic areas of the city such as the treasure that is the São Bento Station inaugurated in 1916, which has been declared a UNESCO World Heritage Site. Its beauty deserves this achievement!

After two hours travelling around the city centre on segway, we'll finish up the tour by heading back to the starting point. We'll end having discovered something new about the captivating city of Porto!

Who can join the tour?

All of our providers comply with local legislation and applicable health recommendations to avoid the spread of Covid-19. Show more

Tours or activities will not consist of more than 10 people per group.

A safe distance of one metre between clients will be maintained whenever possible.

The use of masks is obligatory. The client must bring their own mask.

Alcohol gel will be available before, during, and after the service.

All those running the service (guide, driver etc...) will wear a mask throughout its duration.

All those running the service (guide, driver etc...) will wear gloves throughout its duration.

Handing out of printed material such as maps or brochures will be avoided.

The temperature and wellness of all those taking part in the service will be monitored daily, excluding and maintaining in quarantine any who display fever or symptoms.

The temperature of all attendees will be taken, and admission will be denied to those with a temperature of more than 37 degrees Celsius (99 Fahrenheit), and a full refund applied.

The transport used will be disinfected before and after each service and deep-cleaned every 24 hours.

Alcoholic drinks are not available.

The activity takes place with a guide that speaks in english and other languages.

You can book up until 24 hours before the activity as long as there are still places. Book now to guarantee your spot.

All services published on Civitatis are carried out in accordance with our Sustainability Code. Specifically, this activity applies the following practices: Show more

US$ 46.40
No hidden fees or surcharges
Free cancellation up to 24 hours before the service starts
Book

Free! Free cancellation up to 24 hours before the activity starts. If you cancel under this time or do not show up, you will not be refunded.

I travelled with teenagers
Show all the reviews
like Free

9.70 / 10 11,572 reviews
Let yourself be seduced by Porto’s charming streets and colorful buildings while you wander through its nostalgic historic center.
Free!
Book
like -5%